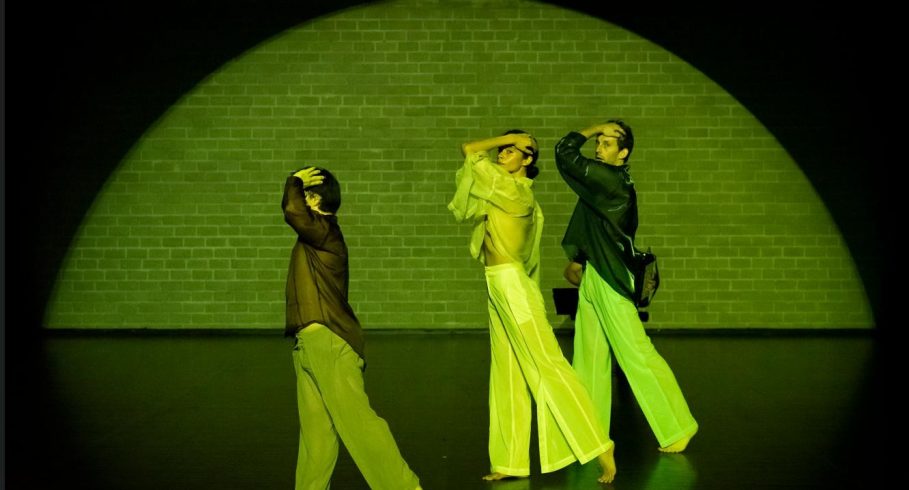 For dancer and choreographer Michiel Vandevelde, whom we welcomed to CoFestival in 2019 with The Ends of the Worlds, the core material is dance time, its uncertain future and tangled past with its inherent politics. How inclusive and exclusive is (was) the art of contemporary dance, where are the boundaries and limitlessness of perspectives on it? The performance has recently been included in the most prominent programmes of European contemporary dance.

In Michiel Vandevelde’s performance, the Goldberg Variations is another name for human bodies, but not the bodies of medical atlases or other forms of bodily representation, but bodies that have their own historical time, even if historiographies have perhaps failed to catch them on their narrative radar. The Goldberg Variations are one of the emblems of the musical canon, which Bach composed from an opening sarabanda entitled Aria, followed by thirty variations. Although they were popularised by the music industry and practice of the twentieth century, mainly in piano performances, they were written almost a hundred years before the development of the modern piano. Bach and dance have never been natural allies. His music makes the dancer bare without taking off their clothes. It is a risky business and this is something that dancers and choreographers are well aware of. Nonetheless, the world of dance knows of some remarkable examples of creative collaboration between his music and choreographic work. The first one that comes to mind is Steve Paxton, who, alongside Gould’s performances of The Goldberg Variations, created the variable compositional principles for his famous solo dance, which he danced mainly between 1986 and 1992, but which we have also seen in fragments later on. Vandevelde seems to read the canonised classical music of The Goldberg Variations in its etymology, where classical means nothing other than class-based, referring to social class. Hence the question of its class ownership, which is ultimately linked to the culture of curating, programming, selecting and choreographing, and the feeling that something »belongs to me« or that something »is not appropriate for me«. History and social class are after all brutal curators of art systems. Vandevelde invited to the stage Oskar Stalpaert, a dancer with Platform-K, a Ghent-based platform for dancers with disabilities, dancer Amanda Barrio Charmelo and himself, who in recent years has moved more and more off-stage as a choreographer. The musician Philippe Thuriot arranged the variations for accordion instead of piano. »Where is dance today? How open, democratic and accessible is dance today? Which body images do we prefer and which we would rather not see?« asks Vandevelde, who is always most intensely preoccupied with the simplest and most difficult questions. Classical or class-based, temporal or historical, one might say. On the margins of the contemporary dance Europe where we work, we are also closest to these kinds of questions, and it has always been clear to us that we ourselves are one of Goldberg’s Variations. Because that is how we understand art, and we realise that just across the road it is completely different.