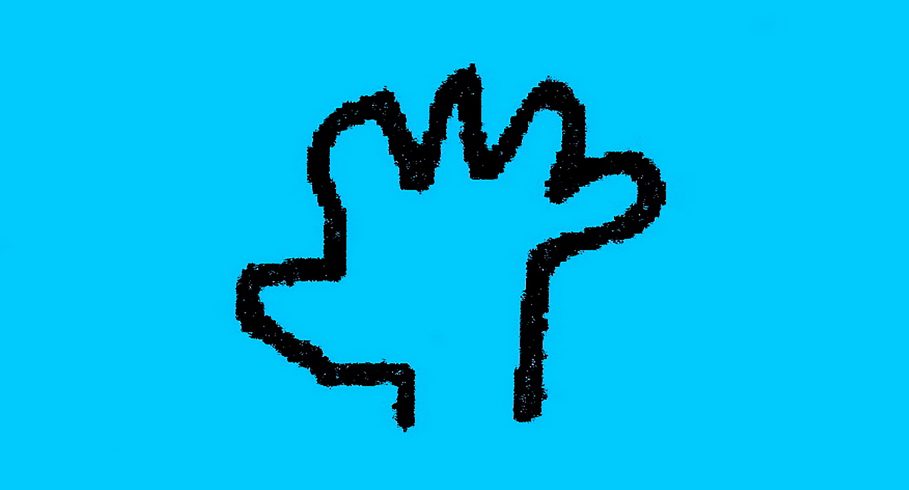 Jonathan Burrows first appeared in Slovenia in 2001 together with Jan Ritsema in the duet Weak Dance Strong Questions (2001). Since then, he has presented a number of his works here, created with the composer and performer Matteo Fargion since 2001, and a translation of his work A Choreographer’s Handbook was published by Maska and JSKD (Public Fund for Cultural Activities) in 2010, in which the dancer and choreographer had organised (morphological, aesthetic, compositional, etc.) topics related to the creation of contemporary dance into a series of questions, statements, comments and quotations that address those dilemmas of the choreographer’s process that he is often afraid to say out loud. Both Sitting Duet (2002),created by Jonathan Burrows and Matteo Fargion almost two decades ago, and which by a strange coincidence has never been seen in this country before, is today a classical work of contemporary dance. The amount of coverage that has accompanied it to date is extensive because it is, simply put, a genuine choreographic invention, the likes of which is enjoyed by contemporary dance only every so often. Without being accompanied by or generating any sound, the Duet functions as a dance-kinetic piece with its subsonority and orchestral stage situation, in which the performers seem to be separated from its execution. But despite all the possible conceptual, dance-theoretical and historical aspects it has produced so far, the piece is utterly humorous, it has virtuosity, and it reminds us of the sensual and intellectual joy of watching dance. In 2003, the Both Sitting Duet won the prestigious Bessie Award in New York. The solo Rewriting (2019) is the author’s meditation on the embodied but crossed out parts of choreographies. What could it possibly mean to carry within you the recollection of something that has lost its context and meaning? This solo faces his question with 108 cards on which there are statements from the publication A Choreographer’s Handbook (this number that is not random!). If Hitchcock had been a choreographer, he might have argued that once a choreographic work is finished, it just needs to be danced. In this way, he would omit the bulk of the material that Burrows believes constitutes the choreographic work once the working process is complete. 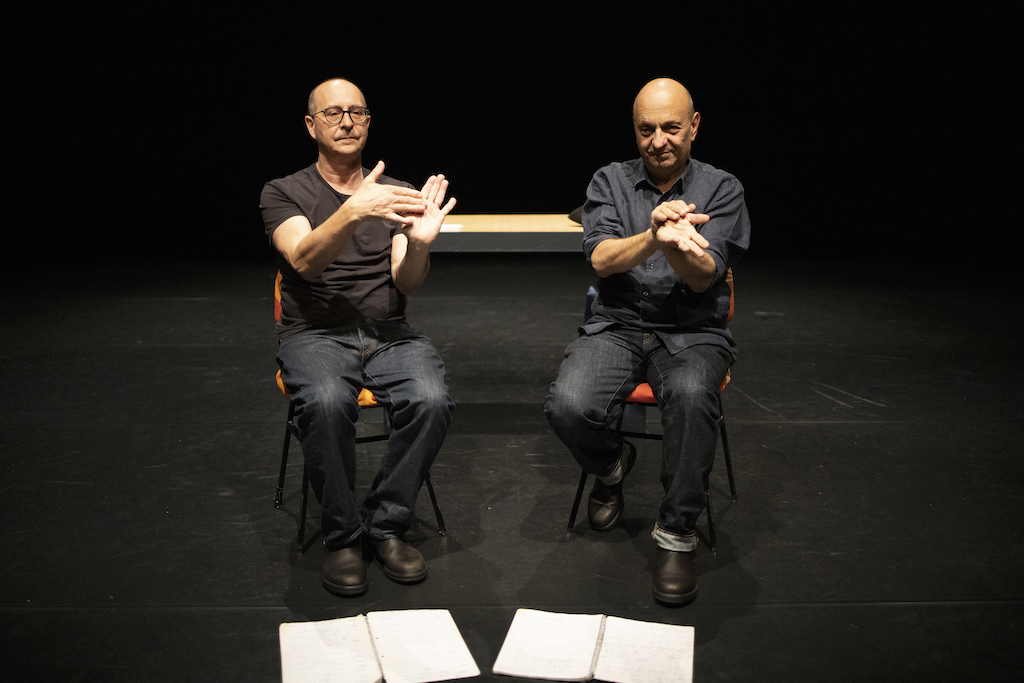 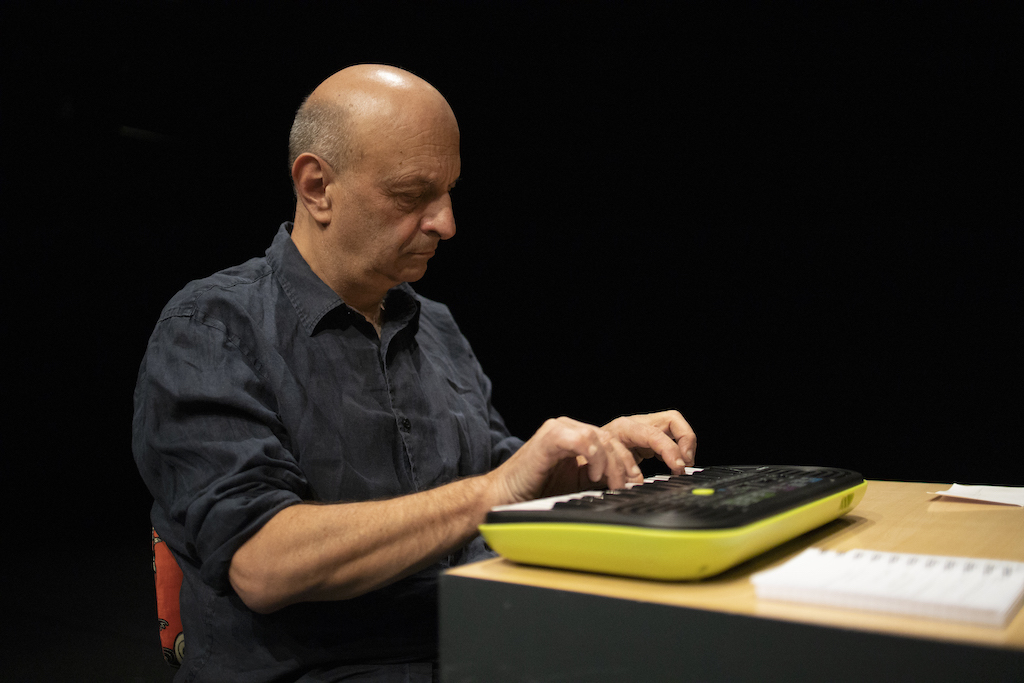 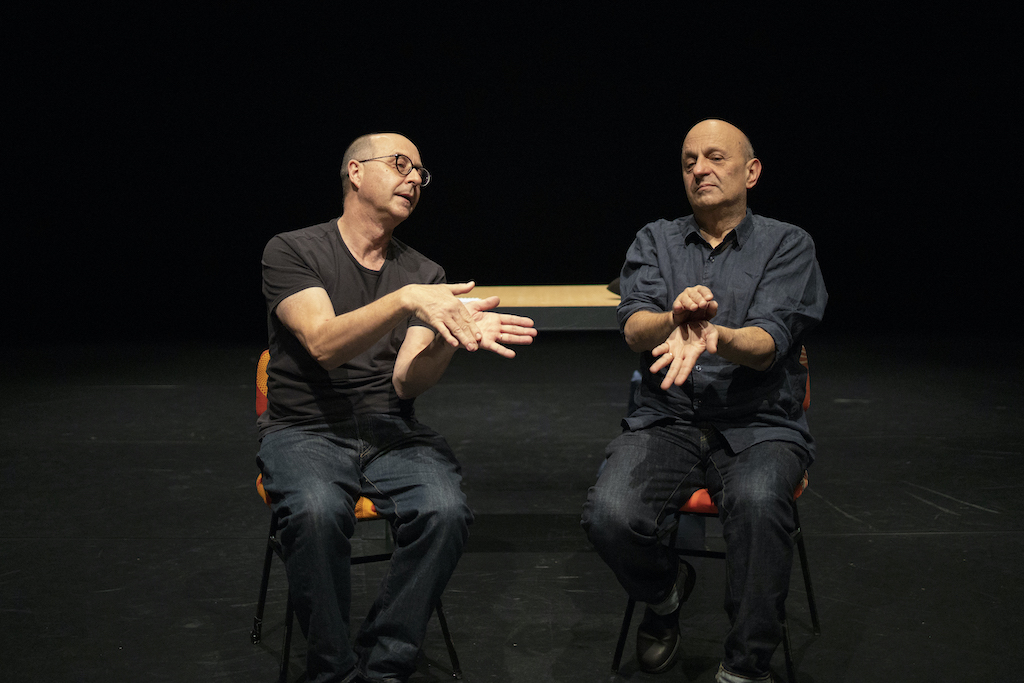 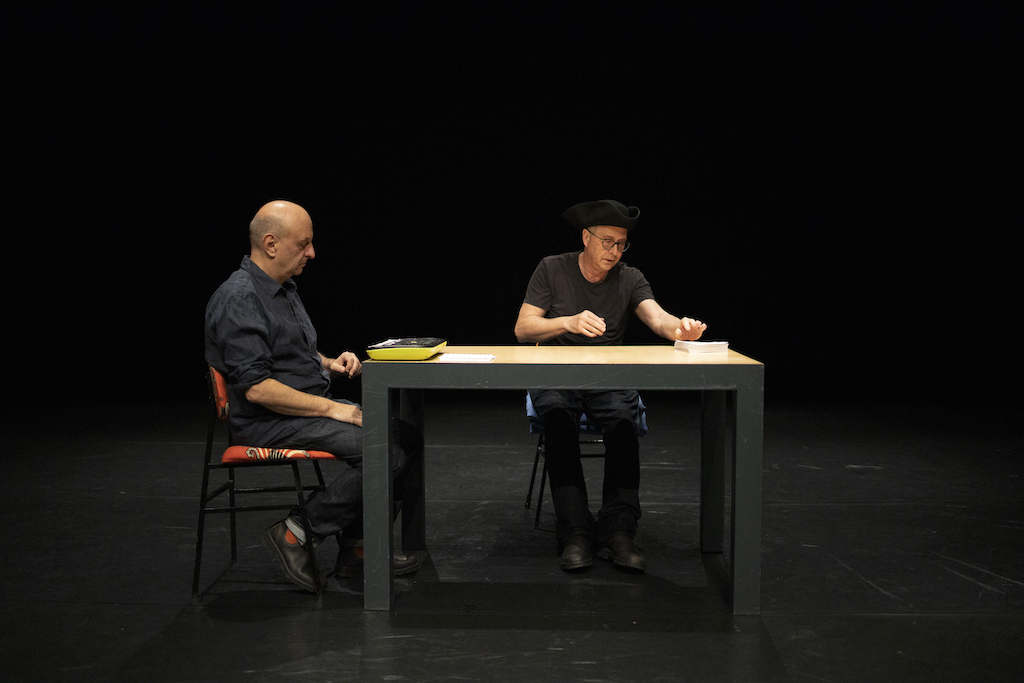 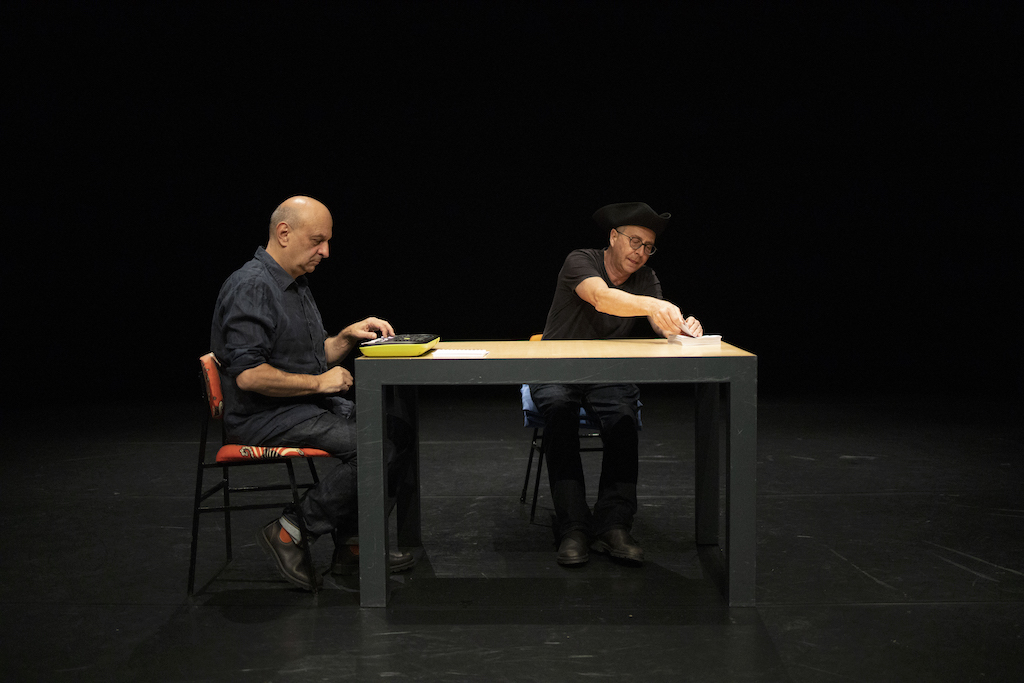 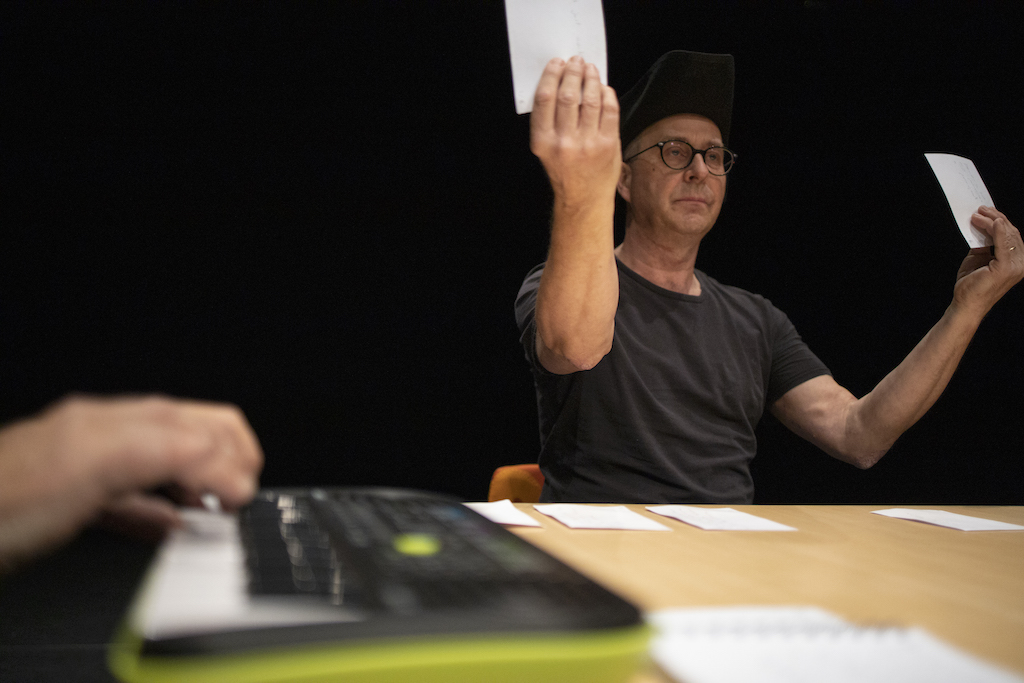 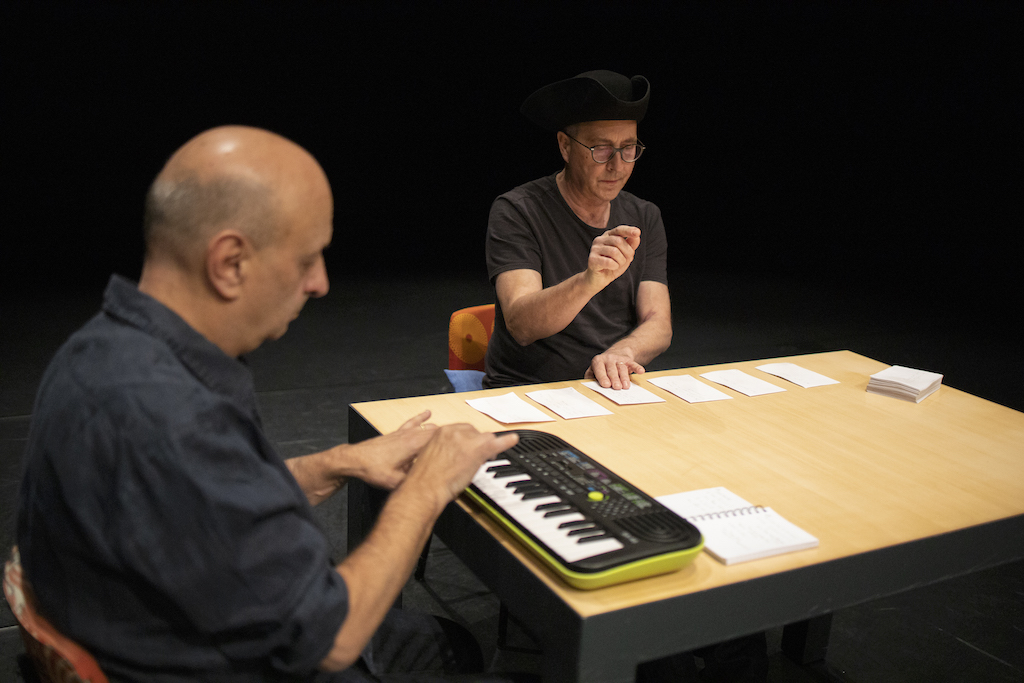 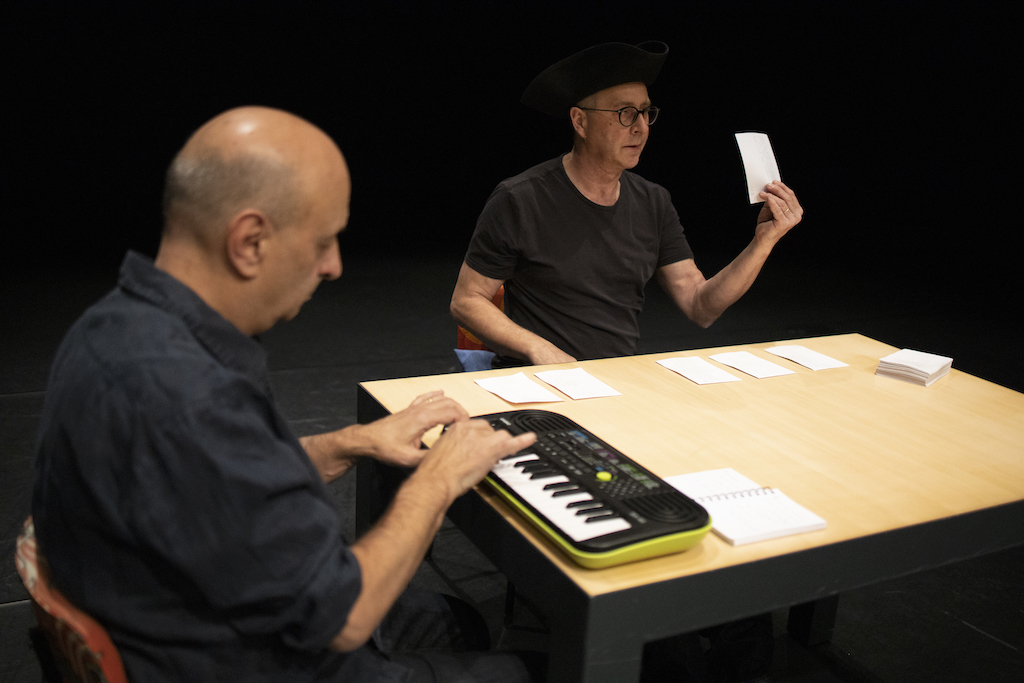 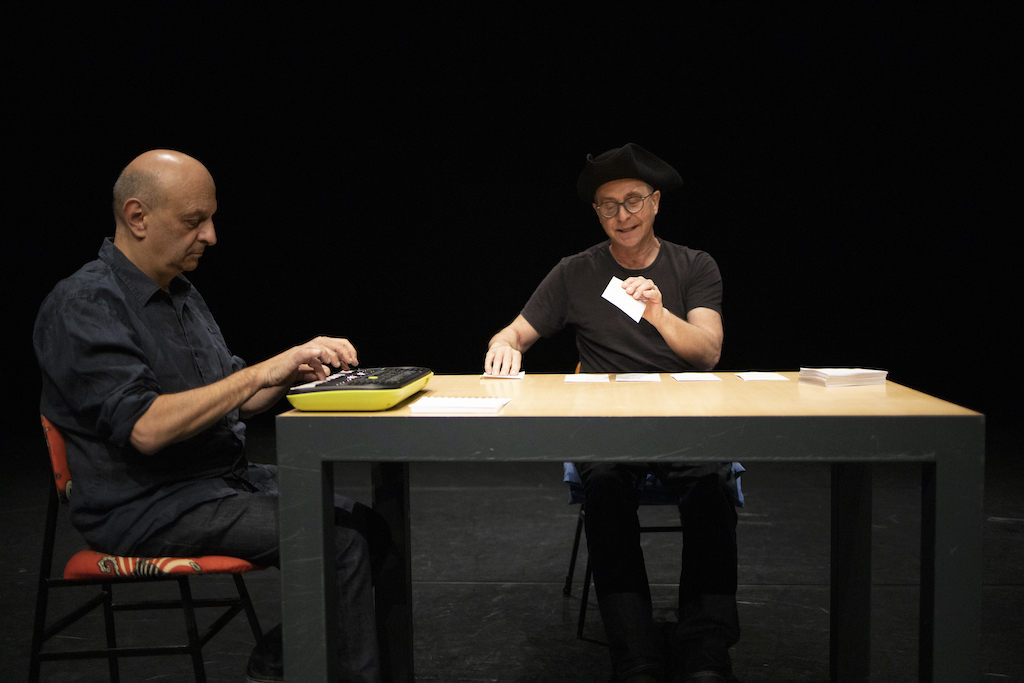 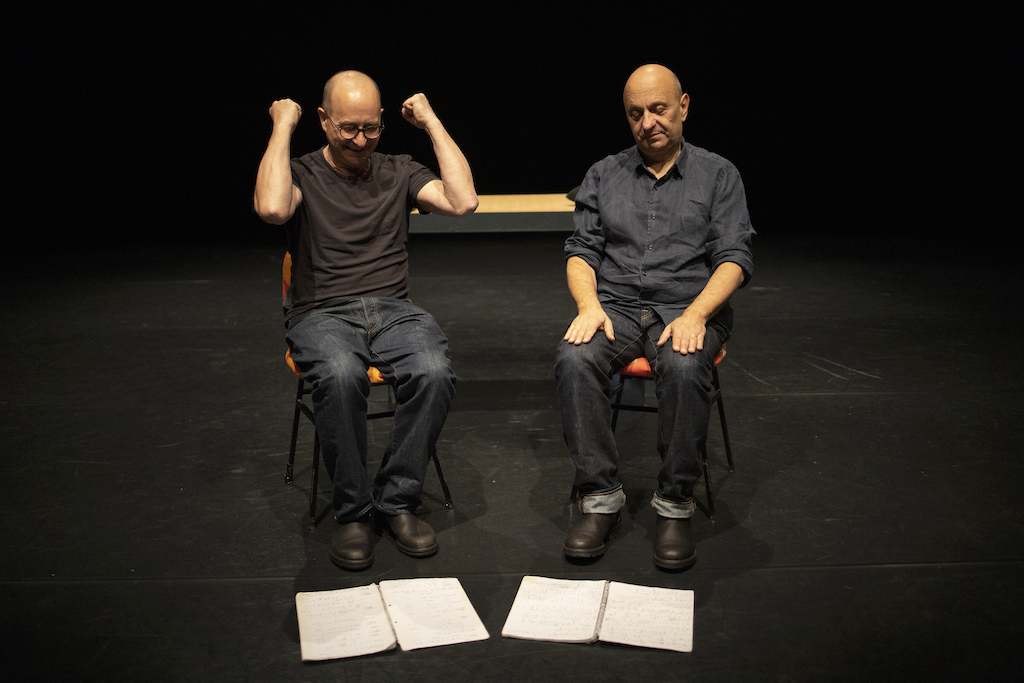 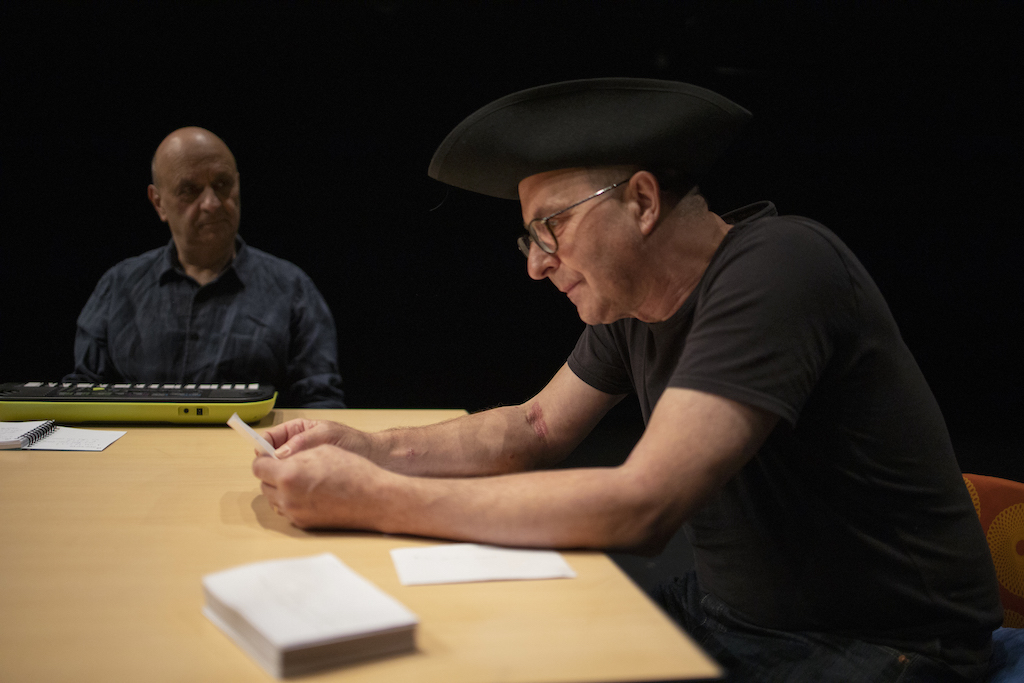 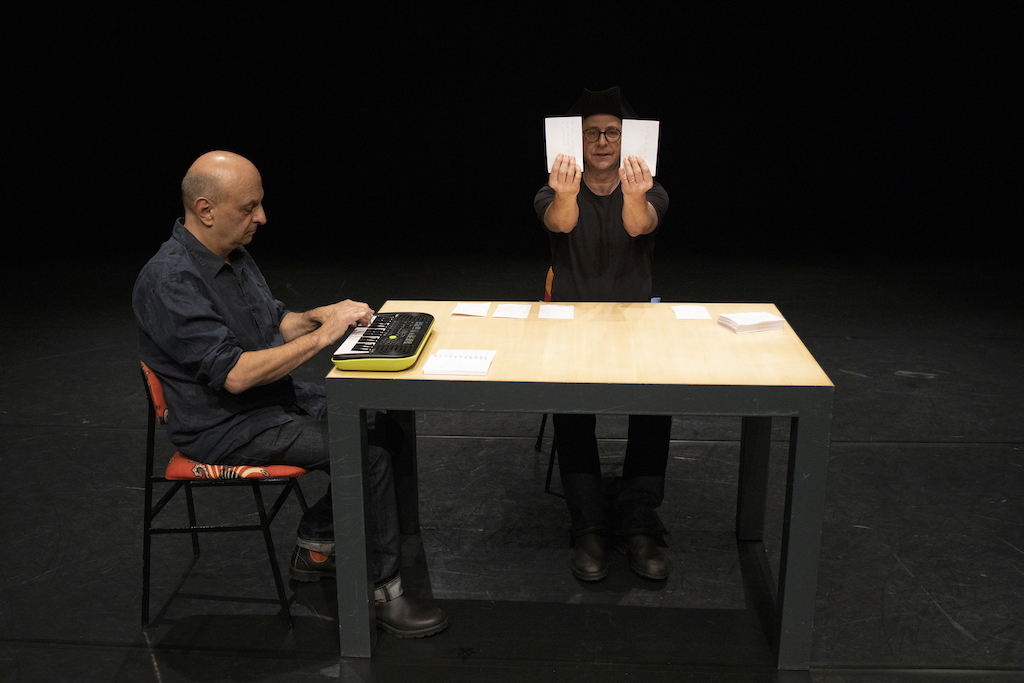 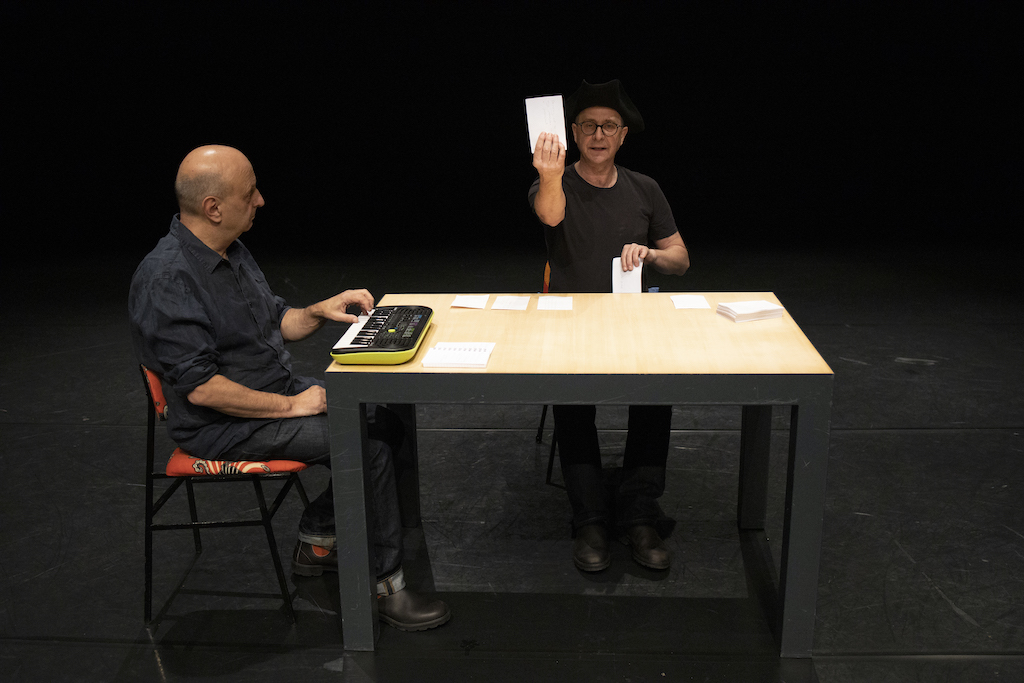 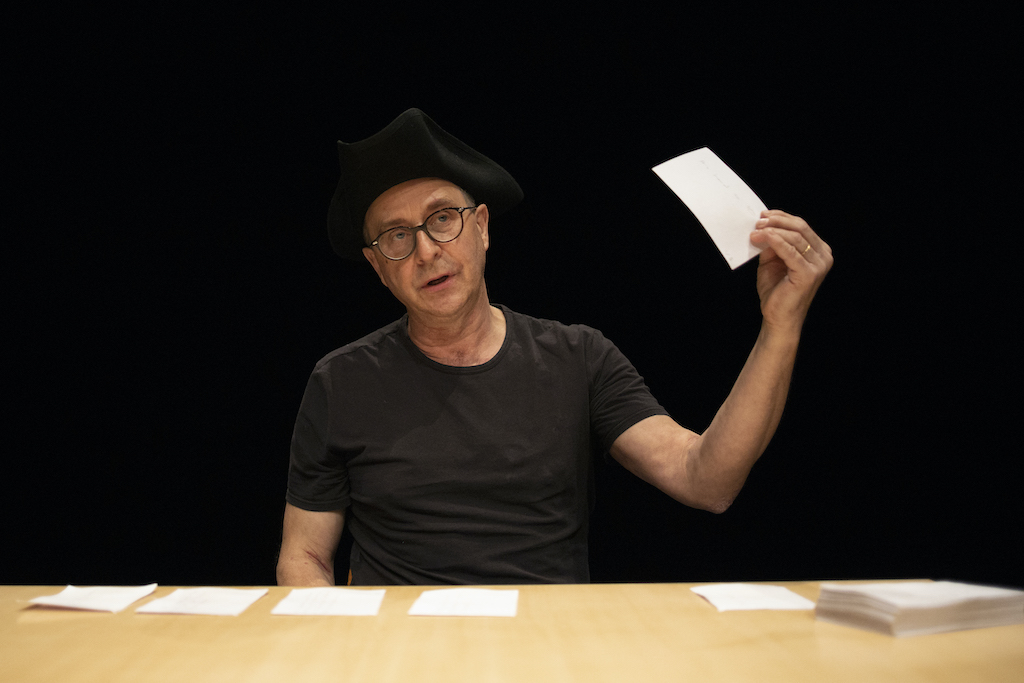 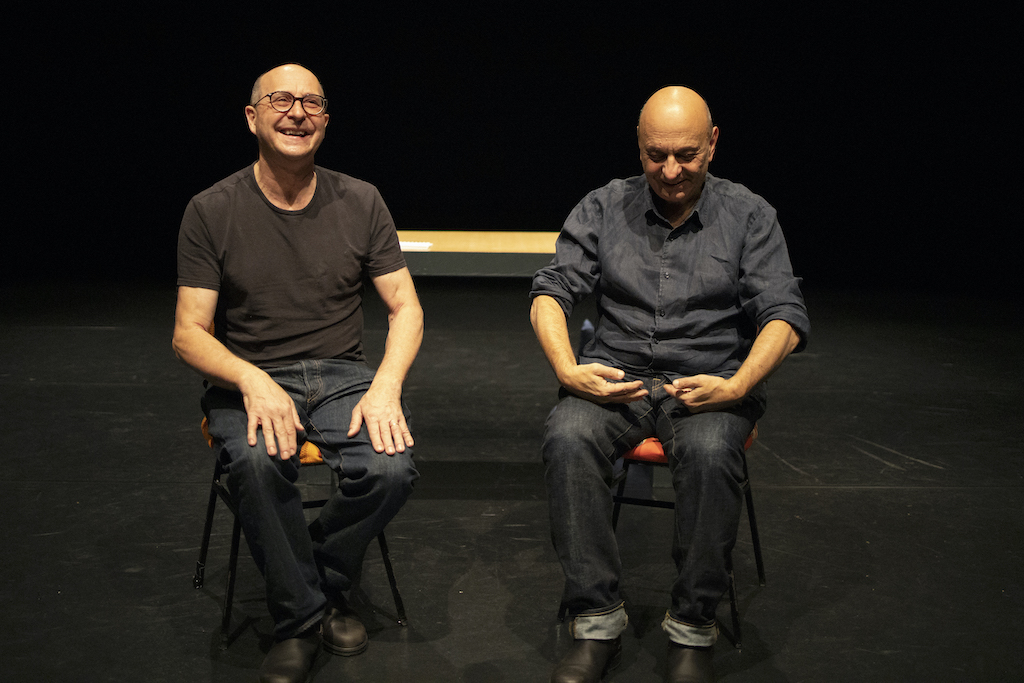 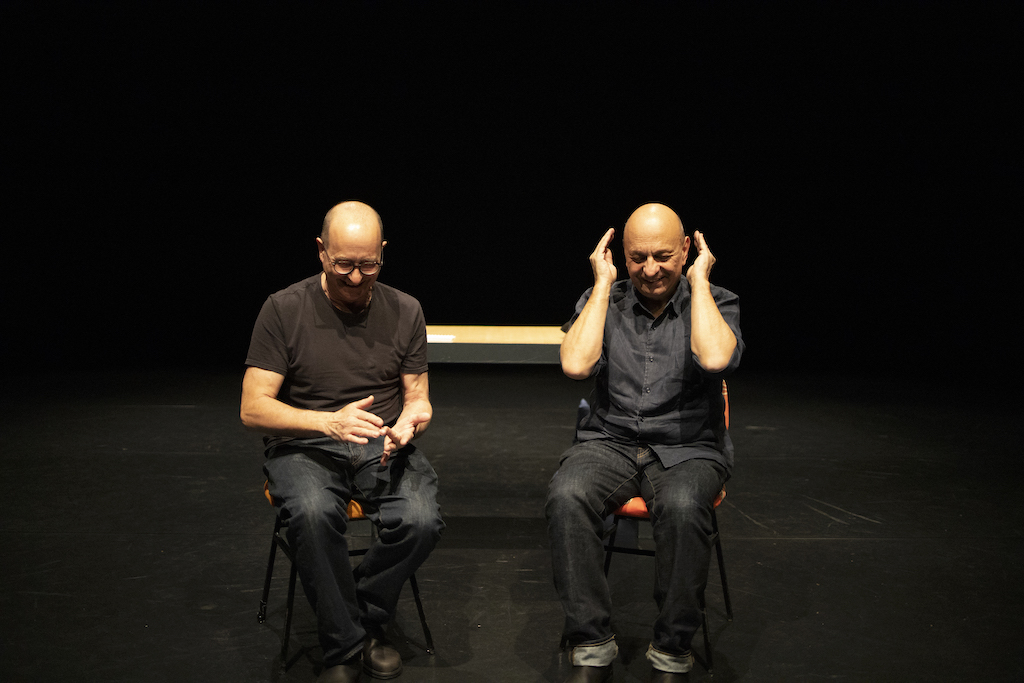 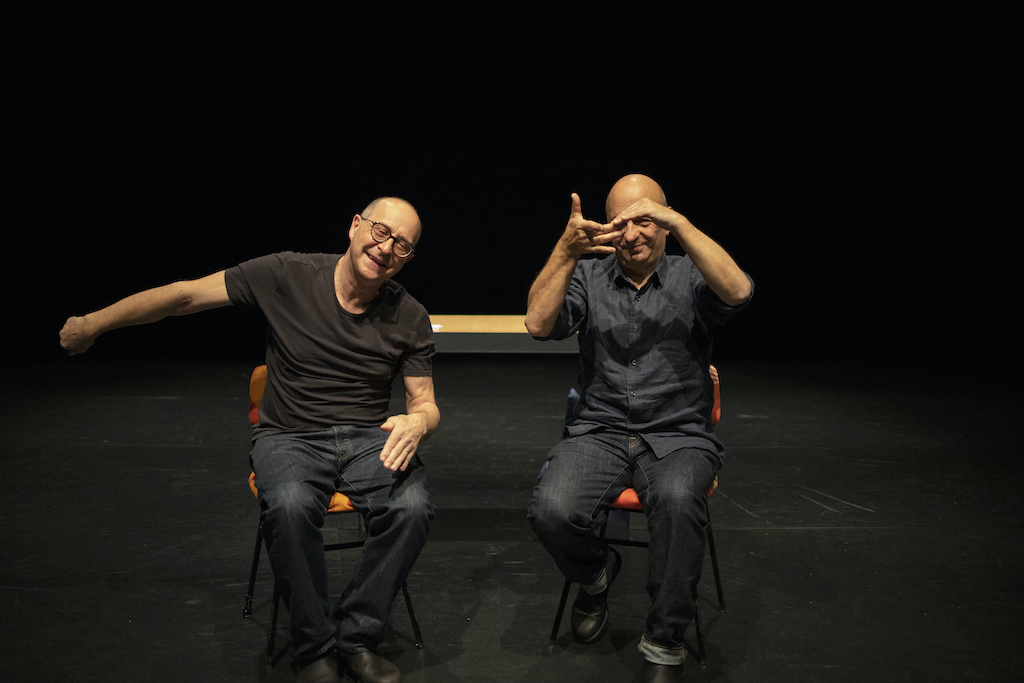 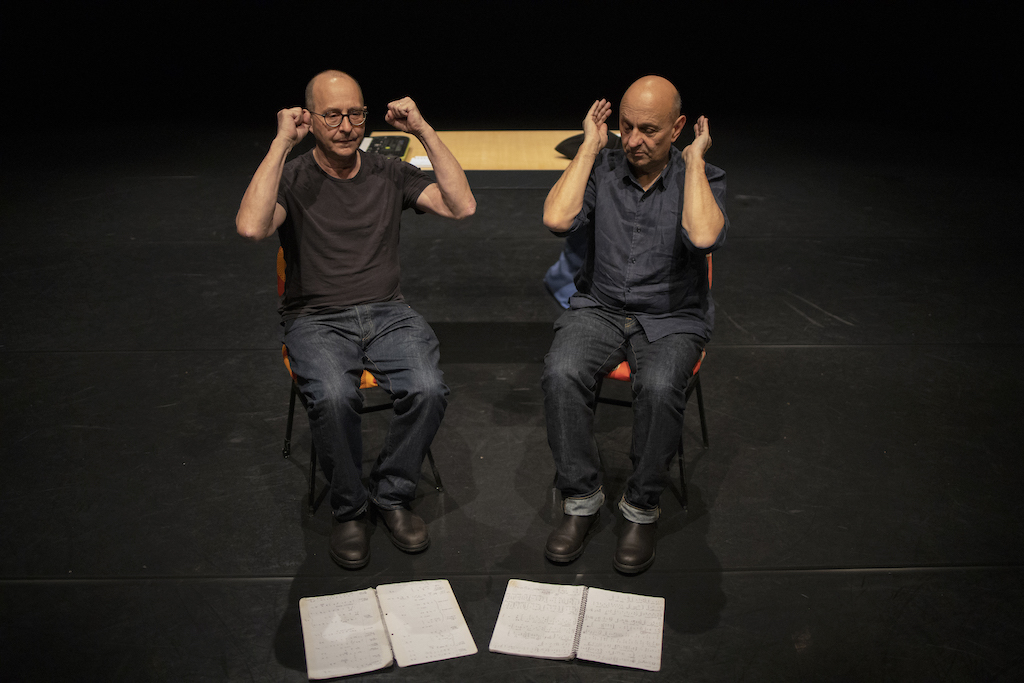