at 3 pm
Online performance will be available via YouTube &
and a talk with the creators via Zoom (in English).

The event is free of charge.

In 2001, the visual artist Mariola Groener and the dancer Günther Wilhelm combined their names for the artistic brand WILHELM GROENER, which is signified by interdisciplinary research and forms a distinctive performative-choreographic oeuvre consisting of stage performances, in-situ artworks, lectures and exhibitions. Mariola and Günther are primarily interested in the structural difference in their procedures, which marks the movement and plays with the difference between the visible and the invisible, between the known and the unknown, or between the anchored knowledge and the potentially new knowledge and insight. The interplay of meanings, often addressed in their performances, is played out in slips and altered accents in understanding and thus naming, it is precise, thoughtful and always exciting, because it uses simple means to open up, thread, layer and connect the dialectic relationships that crucially characterise our society. Together they have created more than 25 performances, many stops of their long-running project of 33 sketches, video-works and artist books.

In a procedural performance project 33 sketches the artistic tandem WILHELM GROENER puts the spatial and contextual situations in the centre and uses them as a starting point, which they associate with their current research focus. By layering and multiplying the project, focused primarily on research of materiality, creates an archive of accented topics and issues of the tandem, which opens up potential new links and connections between visual and performing art; between a two-dimensional document and the three-dimensionality of space; between the staged and documented; between presence and representation.

The CoFestival performance will be placed in the Media Resource Centre of the Mine Centre, an international theatre institute in Berlin, and their long-running research of »staging of the archive« will be the vantage point. »Staging of the archive« focuses on archival work; archiving processes and methodologies, rhythms, connotations, extensions and (re)organisation. The staging procedures, however, raise possible answers to the question of what the archive can be and what it represents; how and what can be archived of a given staging; could we understand the body as an archive; could artistic work become a transformative machine that reveals new performative aspects? 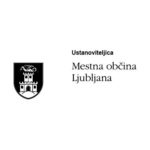