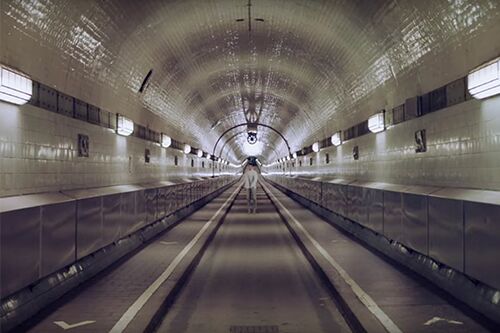 This year marks a hundred years from the birth and ten years from the death of Merce Cunningham, American dancer and choreographer who together with John Cage paved the way for the development of contemporary dance in the second half of the 20thcentury.

If Martha Graham was the emblematic pioneer of American contemporary dance in the first half of the 20thcentury, Merce Cunningham was a product of systematic fostering that was enabled by the plans of the USA with modern art after the emergence of the economic crisis in 1929. Educational art programmes that were encouraged by the Roosevelt’s package of systematic measures for crisis easing, the so called The Second New Deal, arranged an audition for young Cunningham and enabled his smooth transition to dance stages. Meeting John Cage, who explained his views on art to young Cunningham, completely changed his views on dance art. His oeuvre is extensive, humorous, intelligent and revolutionary. But there is something even more radical than his choreographies. In the history of contemporary dance of the past century there is no other dancer, dance pedagogue or composer that would (aided by Cage) attract such a large number of choreographic and dance successors. They managed to cut the time and history in half and by doing so assured the future for contemporary dance. Film director Alla Kovgan has created a cinematic tribute to this giant of contemporary dance. The documentary features a series of exclusive and restored documentary materials together with the recordings of the last cast of the choreographer’s ensemble. In the USA the film will premier in December, while this screening at CoFestival is one of the first in Europe. This is an outstanding documentary film.