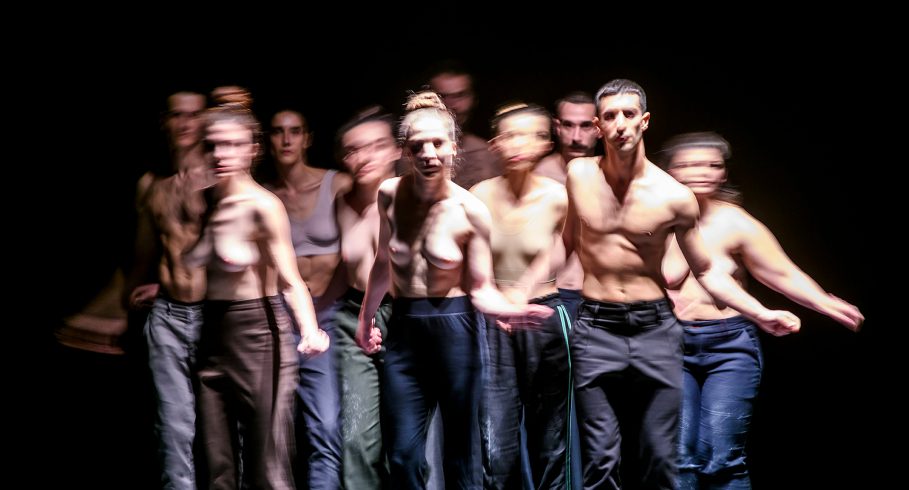 The choreographic work of Christos Papadopoulos, who debuted at CoFestival with his collective in 2017 with the performance Elvedon and opened the festival the following year with the choreography Opus, is enigmatic in its apparent transparency and deceptive visibility. If we were to draw conclusions about it from the photos, we might be misled into believing that it is an oculocentric dance composition with the choreographer’s »divine« sanitisation of movement, as valued by Modernism, for instance. But what emerges from Papadopoulos’s use of natural systems or classical compositional concepts are group movement configurations which, with their filigree instability, transience, transmutability, oscillation or flickering, make it impossible for our gaze to perceive them in a unified way. It is not only the kinetic structures of his collective choreographic configurations that are transient, but also the ways in which they are viewed. The kinetic form transforms before our eyes into a social composition, but at the same moment it becomes dynamic, oscillating matter. The choreographic work of Christos Papadopoulos does not negotiate with us through any expressive rhetoric to convince us of anything specific, nor does it come before us as a geometric object of dance modernism, which would teach us to look at the open space and interrogate its unusual rhythm. If we liberate our reception of dance from its attachment to optical data and unfold the athleticism of the eye as if we had eyes all over our body, the group inscribes itself in our spectatorial body by transforming its kinaesthetic dynamics, like a kinaesthetic choreographic sculpture or even a natural substance. The microkinetic organisation of the work Ion, together with the sound and visual elements, brings the individual and collective human body into being as the dynamics of a (biological) organism or substance. If we change the ocular-centric perspective of classical speculativism, we can ask, with the help of Jane Bennett, who in her work Vibrant Matter, A Political Ecology of Things (2011) proposes a non-hierarchical view of the relations between the human and the natural, what problems would suddenly affect stem cell research if we were to give up the assumption that the only source of vitality in matter is the human spirit? Or, to invent a question of our own: how would we view choreography if we were to momentarily expropriate the movement of the subjects on stage and imagine that the bodies are not moved by the choreographer or the dancers themselves, but by the biological processes within them? It seems that the choreographic work of Christos Papadopoulos, beyond choreographic styles and rhetorics, naturalises in a new way precisely these kinds of issues, with which choreography enters into new aspects of the political.

Presented with the support of Onassis STEGI – Outward Turn Program 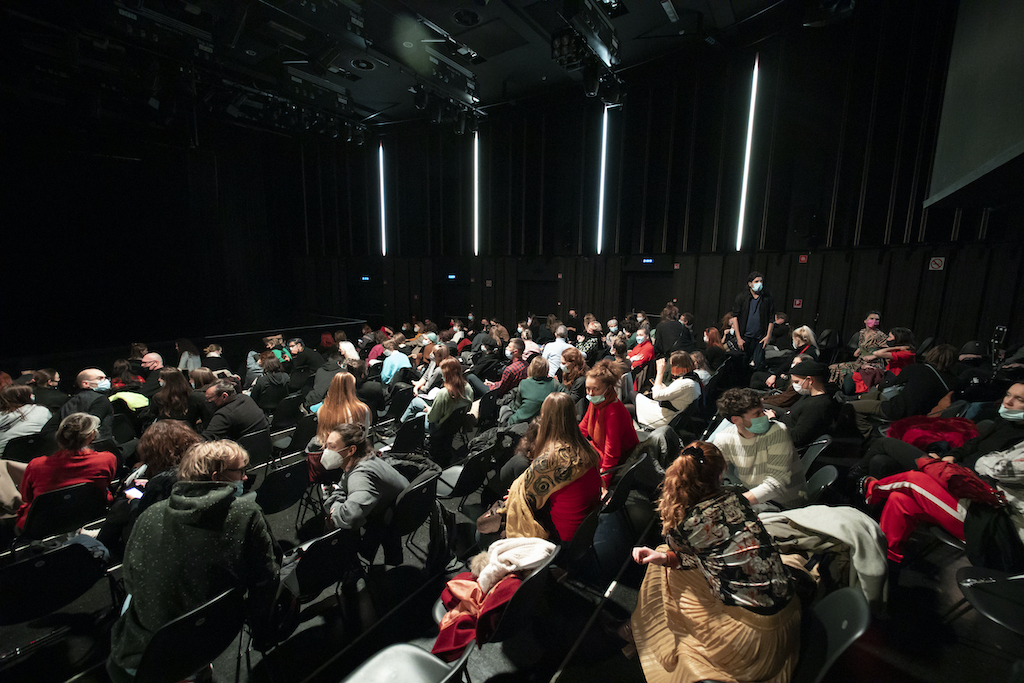 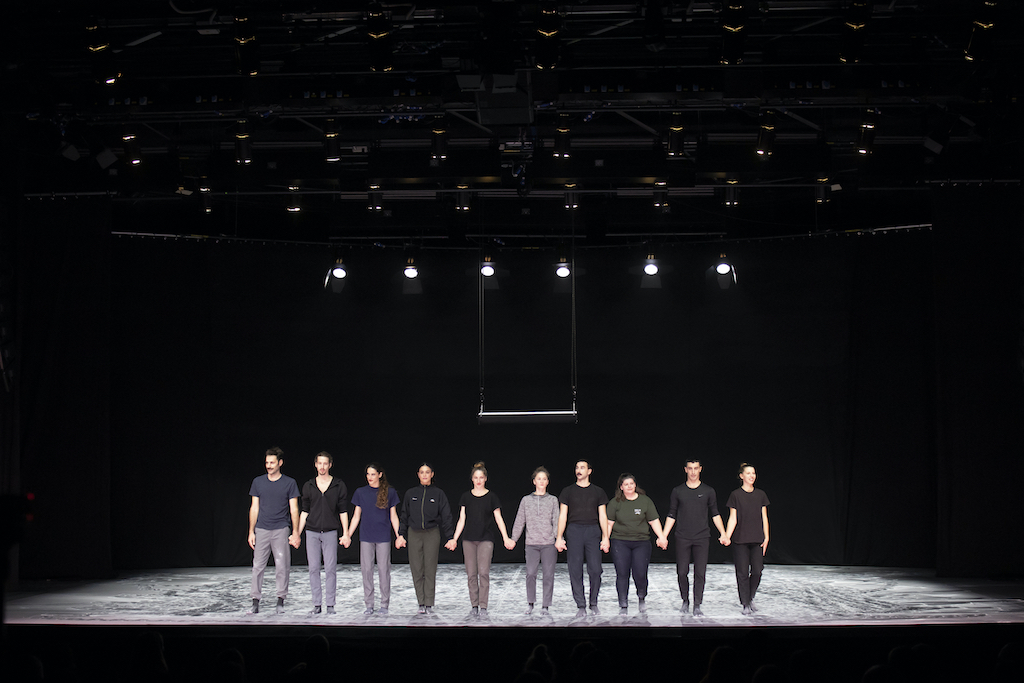 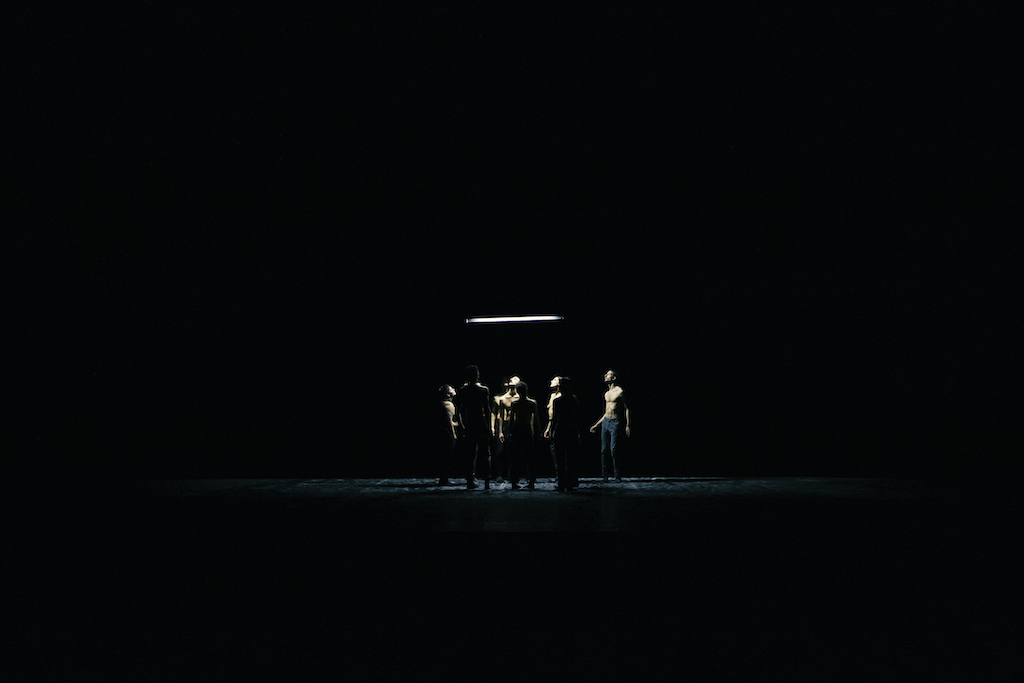 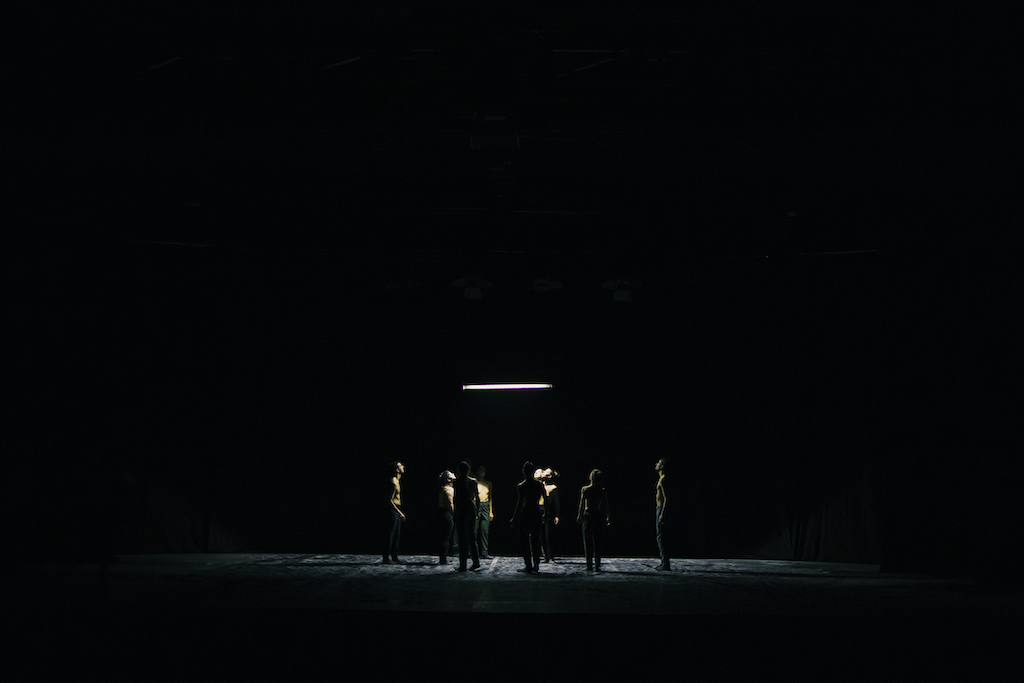 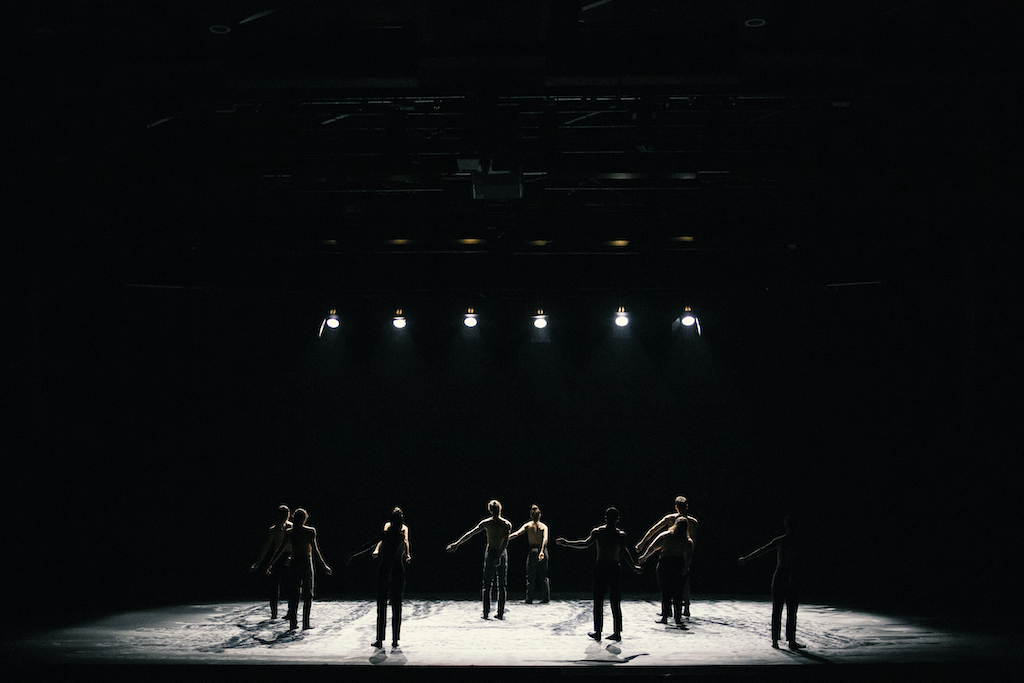 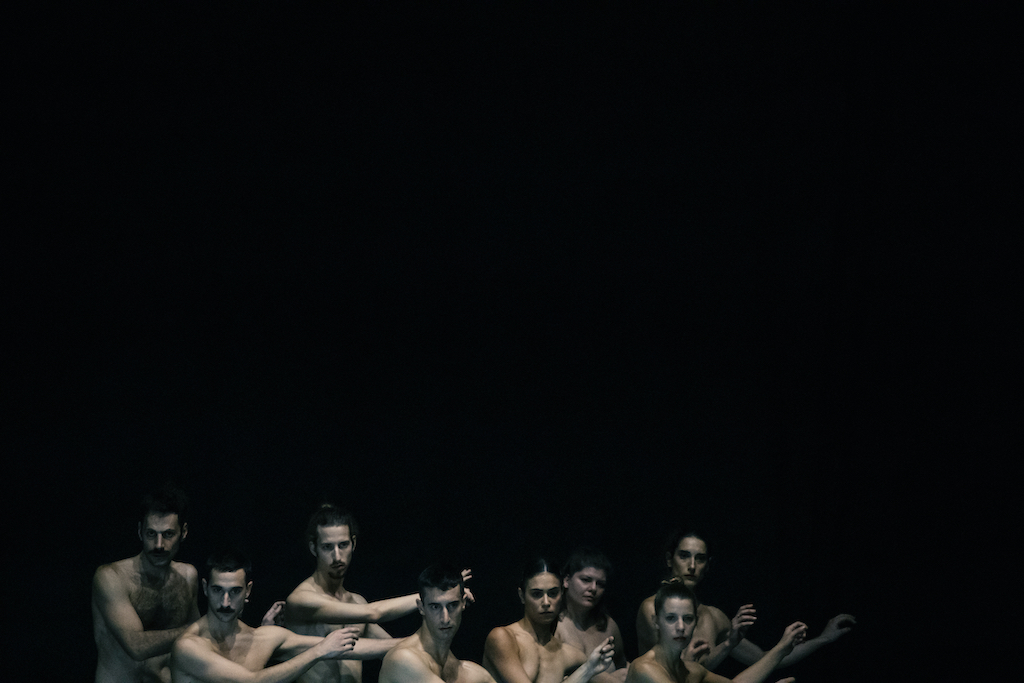 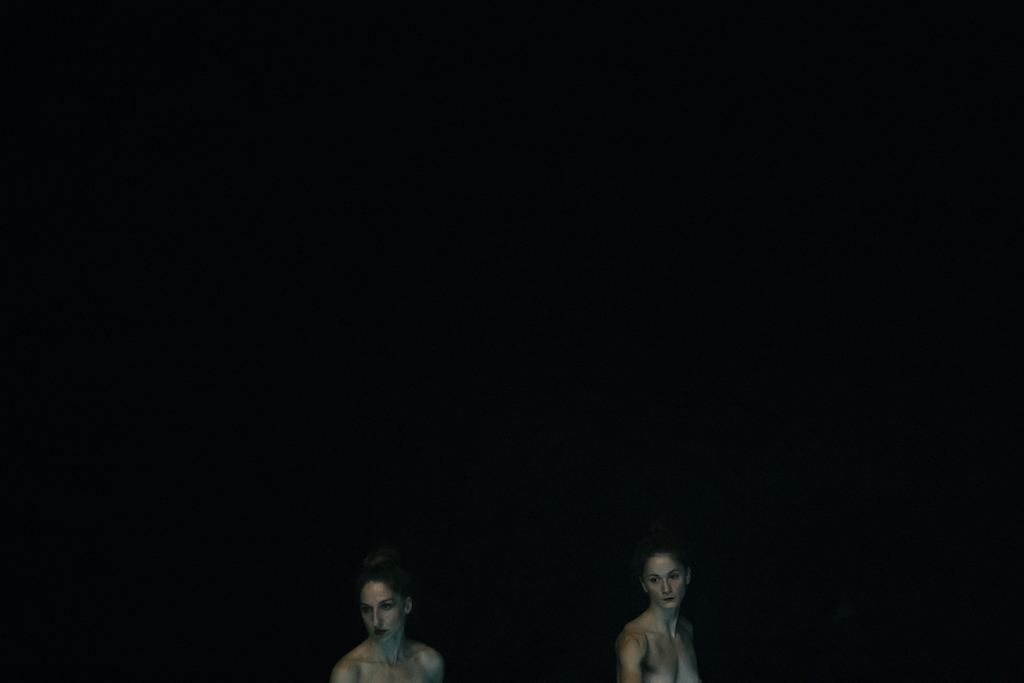 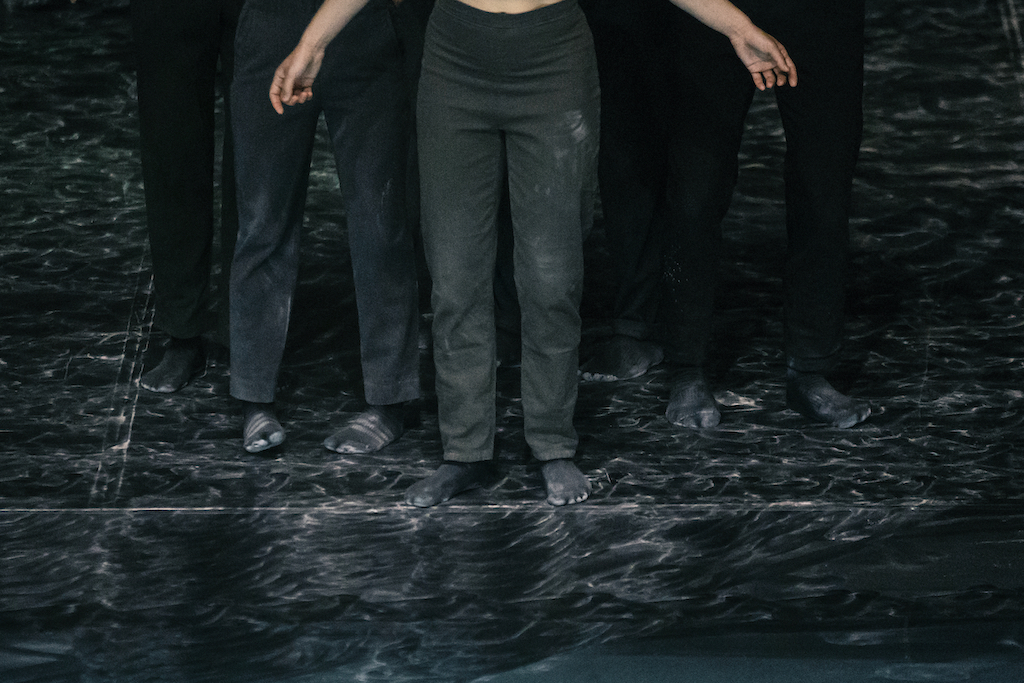 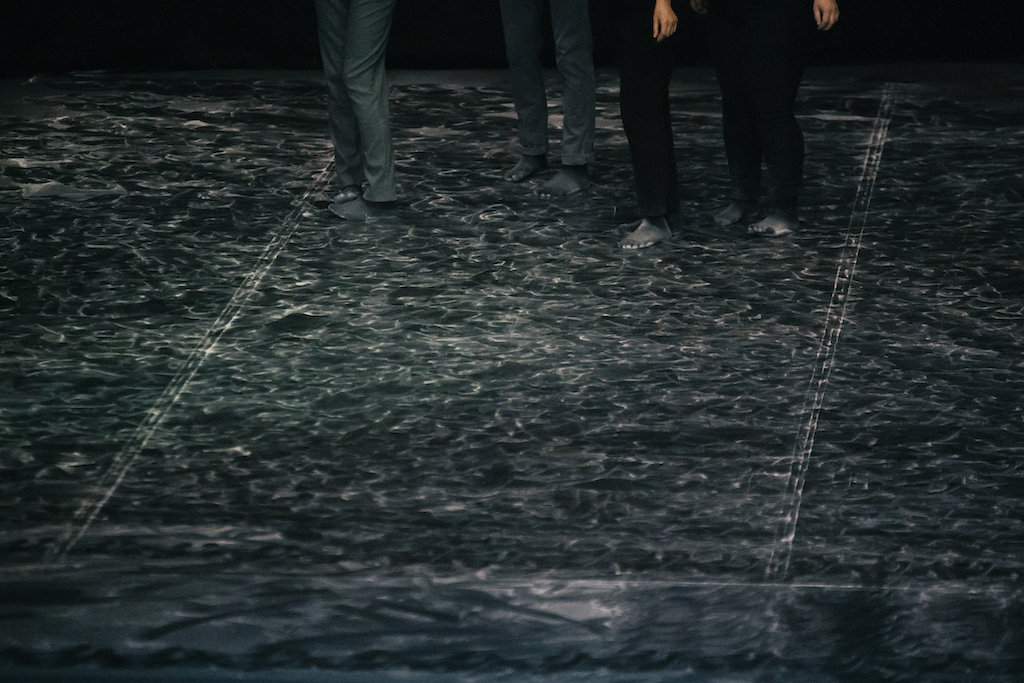 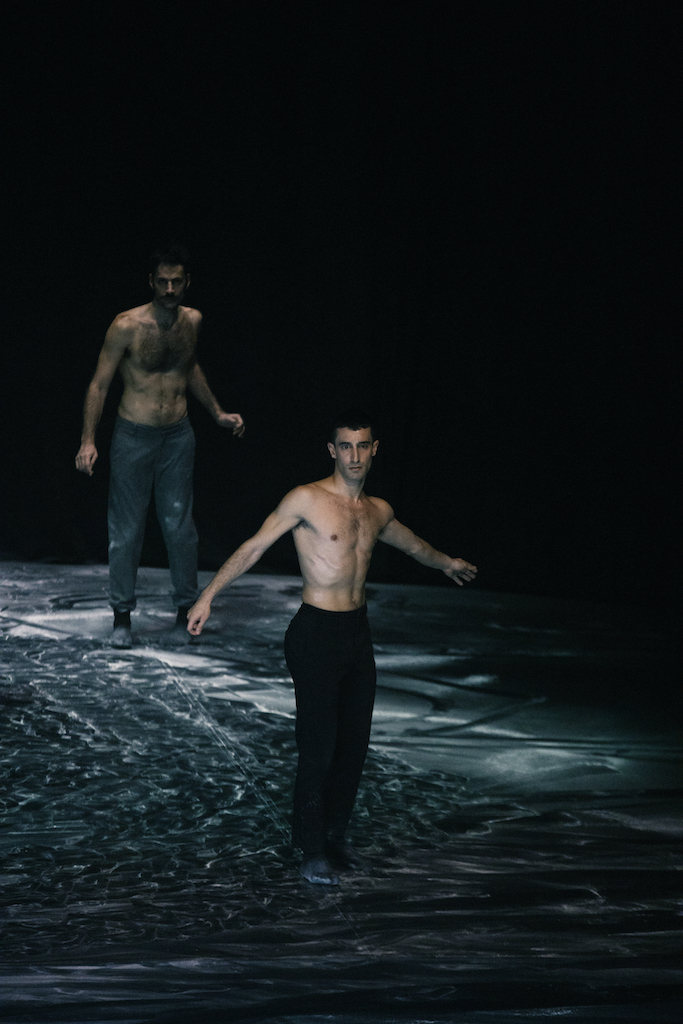 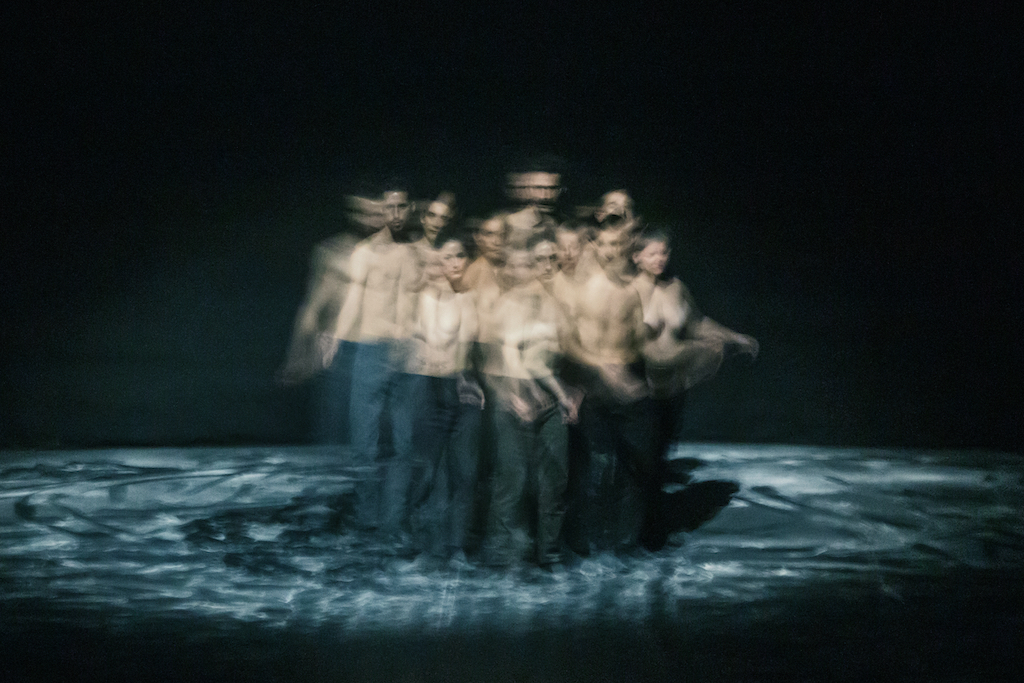 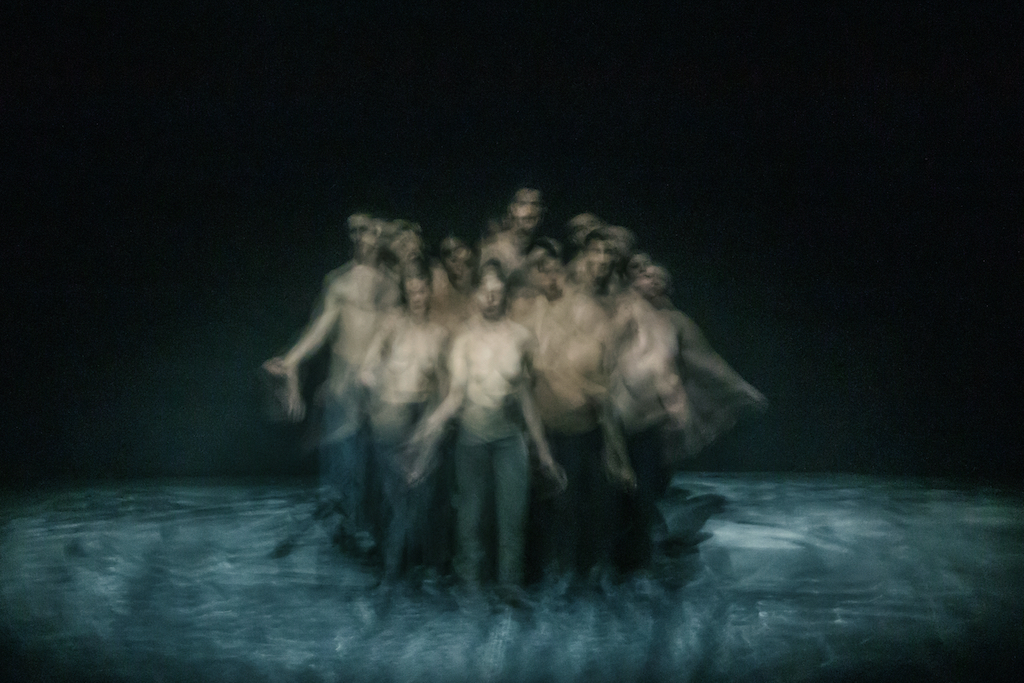 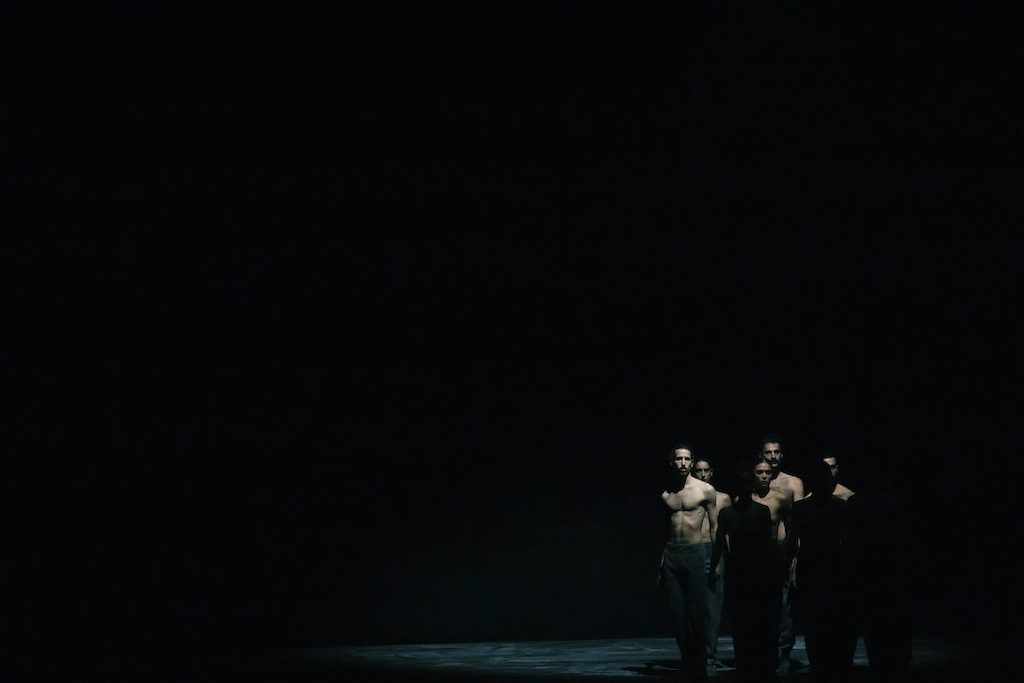 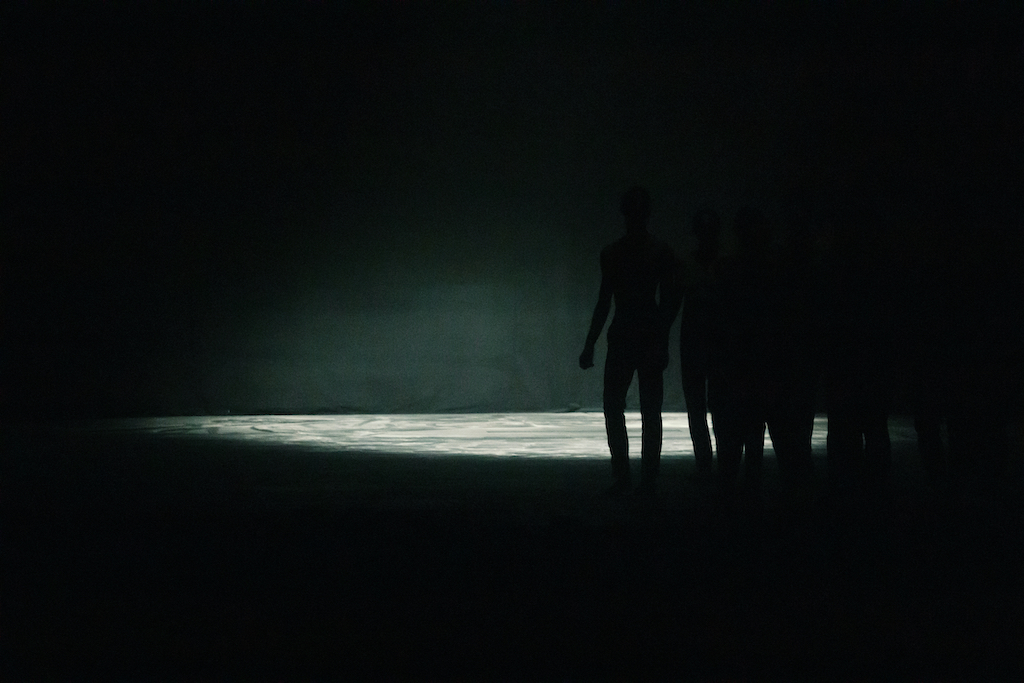 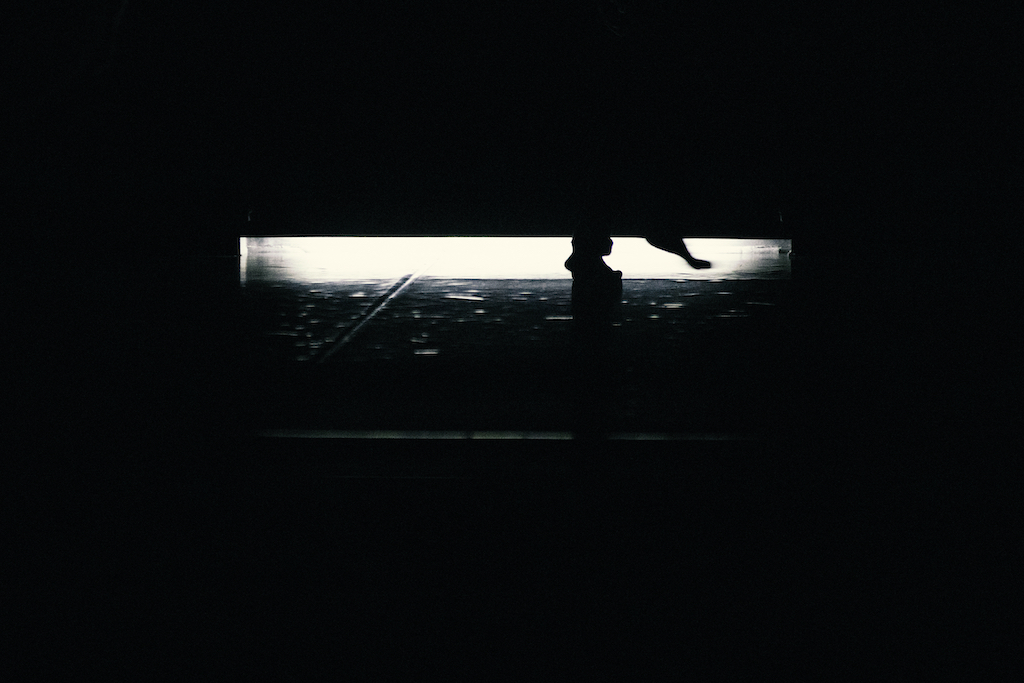 Voice of Dance (2021), presentation of the new issue of Maska, the performing arts journal