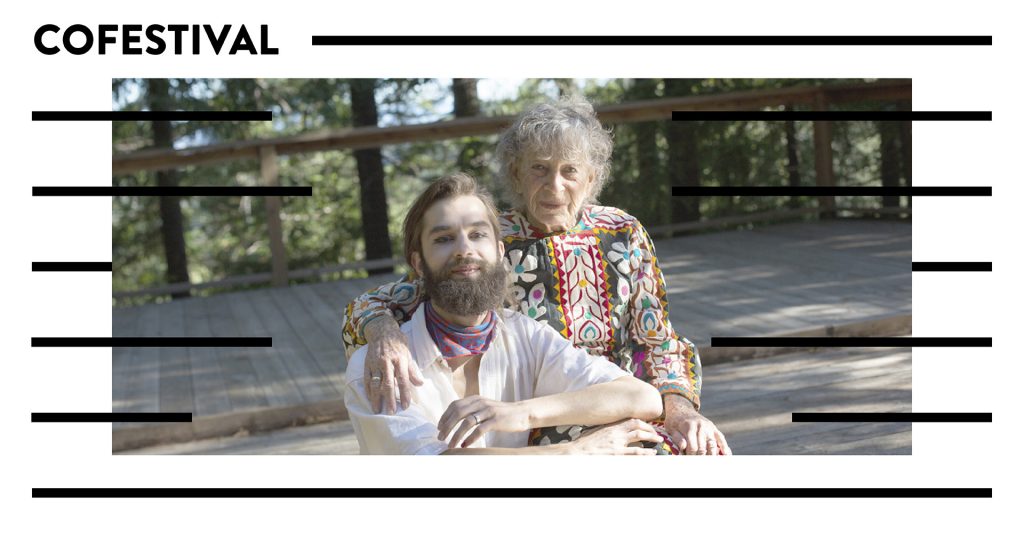 at 8 pm
Online interview via YouTube (in English).
The event is free of charge.

As the introduction into the film on life and work of the American icon of postmodern dance, Anna Halprin, A Breath Made Visible, Vala T. Foltyn and Rok Vevar will discuss about regular visits of Vala to Anna Halprin, about Vala’s long term research on Anna’s work.

Vala T. Foltyn | Valentine Tanz – performance artist, queer witch, shape-shifter, researcher, founder and curator of Lamella the house of queer arts in Poland. She graduated from Shahar Dor’s Artness – Home and School for Movement (Israel) and Performers House (Silkeborg, Denmark). Currently she’s enrolled at the program Master of Fine Arts in Artistic Research at Malmo Art Academy. She fled to Denmark in 2019 due to political changes in her home country – Poland. She lived in San Francisco area for couple of years between 2011-2017 working with local artists and attended Anna’s training.

Rok Vevar graduated from the Department of Comparative Literarture and Literary Theory at the Faculty of Philosophy in Ljubljana. In the 1990s he attended the Theatre and Puppetry School – Cosmopolitan art workshop (GILŠ KODUM) at the then called, ZKOS (Zveza kulturnih organizacij Slovenije – Union of Cultural Organizations of Slovenia). He is a publicist in the field of contemporary performing arts, and a historian and archivist of contemporary dance. Since 2012 Rok je co-curator of the international festival of contemporary dance, CoFestival. Since 2018 he is the coordinator of the Temporary Archive of Slovene Contemporary Dance, situated in the Museum of Contemporary Arts Metelkova.