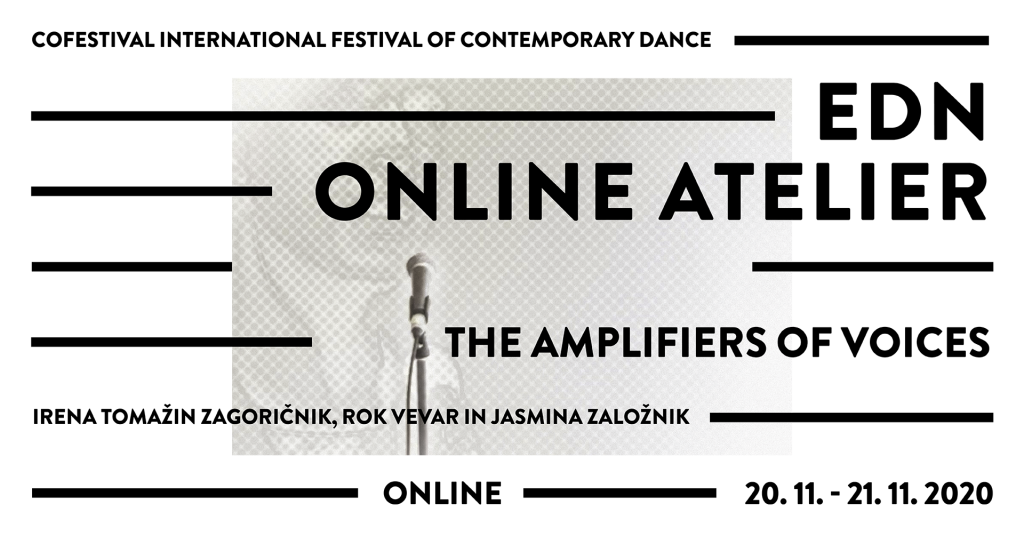 Fee: 10 EUR
Registration is required in advance.
The event will be held in English language.

During the pandemic, we are witnessing various regulatory and disciplinary measures taken by the countries of the European Union to manage the severity of health crisis. This year, the CoFestival team decided to take the human voice (the medium of subjectivity) under scrutiny in its programme, which is less protected and more vulnerable to cultural erosion in the field of contemporary dance due to the need for physical contact in comparison with other artistic fields.

When the body is exposed to public regulation and physical contact diminishes to bare minimum, dance not only loses its primary creative source, instrument or medium of expression, action and movement, but also its work area and thus its political voice in the context of the artistic work. In the given circumstances, this voice is recognised only where it is in balance with systemic measures of cultural and social policies: taken into account and included in measures to mitigate the negative consequences of the loss of artistic dance engagement. For this reason, at CoFestival, we decided to focus on the topic of voice in contemporary dance within the framework of the EDN Atelier and to address it as case studies and a review of problems, topics and issues. The two-day programme will include theoretical and practical meetings, historical and contemporary examples with lectures, workshops and Q&A on the subject. The EDN Atelier is suitable for dramaturgs, artistic directors, programmers, curators and producers.

Irena Z. Tomažin is a Slovenian performer, choreographer and a voice teacher. The (heart)core of her work is the voice in its various existence. Starting out her dance education from the urge to move and release inner tensions and inspirations, her performance practice has since then shifted towards the investigation around the embodied voice. Her voice work is always physical, connected with body, gesture/dance and space, but at the same time is very oriented towards the sound textures of the voice. Her practice manifests in the form of thoughts, songs, spoken word events and experimental concerts, as well as through directing dance and theatre work.

Irena completed her BA in philosophy at the Faculty of Arts in Ljubljana. She is active as a maker and performer in the fields of experimental improvised music and movement theatre.

She has created nine voice-movement performances exploring the connections between voice, gesture, body, space, and sound. She teaches voice and movement workshops named “moved by voice” nationally and abroad.

Since 2010 Rok Vevar is an active member of the Balkan network for dance, Nomad Dance Academy, and its various artistic, educational, and production programs. As part of the Nomad Dance Institute project he initiated the archiving and historization of choreographic practices in the region, and published the findings of this research in two issues of the journal Maska (Premiki sodobnega plesa II/Movements in Contemporary Dance II, Avtonomija plesu/Autonomy to Dance). In 2012 he established the Temporary Slovenian Dance Archives in his own apartment, moving it to MSUM (Museum of Contemporary Art Metelkova) in Ljubljana in April 2018. He has also presented his archive at Harvard University, USA. He founded and co-curated with Sinja Ožbolt the festival Ukrep, which was a festival for perspectives in dance in Ljubljana at PTL (Dance Theatre of Ljubljana), from 2008-2010. Since 2012 he co-curates the international dance festival CoFestival (Nomad Dance Academy Slovenija, Kino Šiška). A selection of his reviews and articles was published in the book Rok za oddajo (Deadline), in 2011, and in 2018 edited of the book Dan, noč + človek = Ritem: Antologija slovenske sodobnoplesne publicistike 1918–1960 (Day, night + man = Rhythm: An Anthology of Contemporary Slovene Journalism 1918-1960), for which he sellected materials and wrote accompanying texts. In 2020, his new monograph Ksenija, Xenia: Londonska plesna leta Ksenije Hribar 1960–1978 (Ksenija, Xenia: The London Dance Years of Ksenija Hribar 1960-1978). In 2019 he was awarded the Ksenija Hribar Award for his work.

For more than 20 years Luka T. Zagoričnik has been writing about music, organising concerts, sound events, giving and organising lectures home and abroad, preparing radio shows, moderating TV shows, working as a journalist, writing reviews, articles and essays for various Slovene and foreign magazines and publications and curating events. He was musical editor on independent radio station Radio Študent and is  currently editor-in-chief of internet based music magazine Odzven which is part of Slovene music information centre SIGIC and internet magazine for experimental music Centralala.  As a freelancer he lectures  on topics of experimental music, free improvisation, sound art, contemporary art and sound theory.

Is the voice a part of the body, or does it become its own player as soon as it becomes audible and detaches from the body? In this short Workshop we will look into the ways how movement and voice support and contradict each other. We will explore how voicing is a movement and what dance practice can offer as an inspiration for the larynx and vocal apparatus.

Jule Flierl is an artist from Berlin/Germany who works with choreography and the voice. Using choreography and somatic singing methods, her scores unsettle the relationship between seeing and hearing: what You see is not always what you hear, and what you hear is not always what you see. Through her work and practices, Jule proposes that the voice itself is dancing. As a researcher, Jule is working on a history of European sound-dance. She is the founder and co-curator of “From Breath to Matter”, a Berlin-based event series exploring and elevating sound-dance. For centuries, dancers on the European stage muted. Flierl traces and contributes to the modern history in which the dancer’s voice has re-emerged. Currently she works on a Duet with Antonia Baehr which will be called “Die Hörposaune” and will take the shape of a film and a later live performance

As a dramaturg or a teacher Igor Dobričić has been at various occasions involved in devising the choreo-voicing practices and works. Recently he collaborated with his former student at SNDO Amsterdam and an internationally acclaimed choreographer Alma Söderberg on the piece The Listeners for The Cullberg. In his Atelier session, Dobričić is going to share with us some of his invaluable experiences in working with the voice and body.

Igor Dobričić completed an undergraduate course in Theater, Film, Radio, and Television Dramaturgy at the Academy of Dramatic Arts in Belgrade, former Yugoslavia, and attended the Master of Theater at DasArts in Amsterdam, Netherlands. – Between 2000 and 2008, he was a program officer for the Arts at the European Cultural Foundation in Amsterdam. From 2005 onward, he is regularly engaged as a teacher of dramaturgy, concept development, and philosophy for students of choreography at the Amsterdam School for New Dance (SNDO). In 2009 and 2010, he was a research fellow at the Amsterdam School of the Arts. During that period, he articulated a long-term research project titled “Table Talks” (TT), which is still under development. Through this platform, he has been engaging in a number of performative experiments hosted by festivals and art institutions in Amsterdam, Berlin, Belgrade, Stockholm, Cairo, São Paulo, and Vienna. As a dramaturge, he works internationally, regularly collaborating with renowned choreographers/makers (Nicole Beutler, Keren Levi, Guillaume Marie, Christina Ciupke, Jenny Beyer, Alma Söderberg, Marble Crowd Collective, Meg Stuart, Arkadi Zaides, among others). He is also active in the role of an advisor and a mentor, and he has ongoing collaborations with the Choreographic Centre Hamburg (K3) the Amsterdam Master of Choreography (DAS Choreography), and the Amsterdam Master of Theater (DAS Theater). 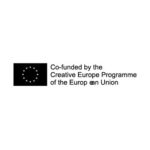 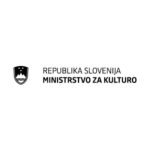 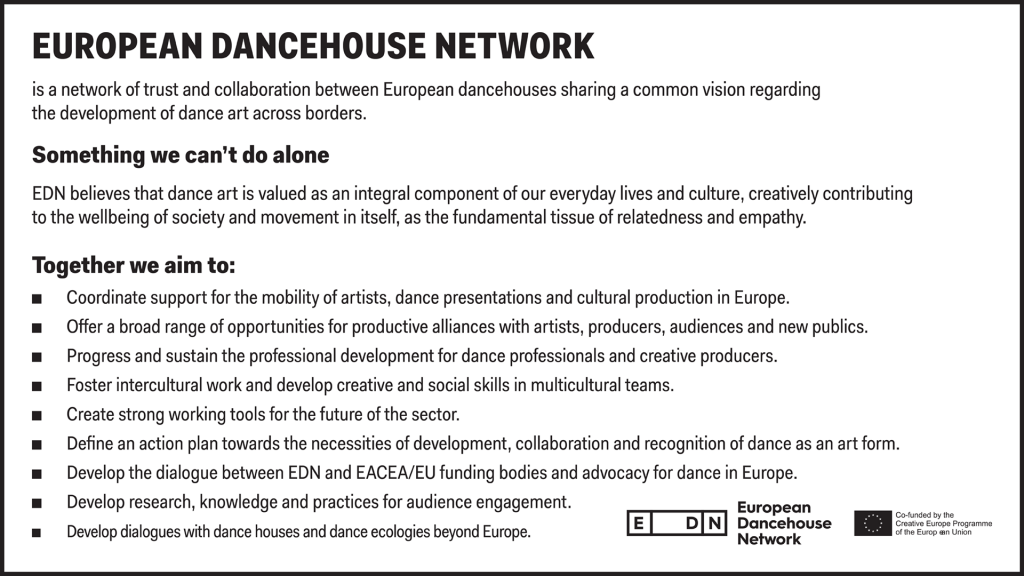